John Tapp Talks about the Club

From The Swampland Came A Racing Showplace

A buoyant crowd of 3342 turned out for the Tuncurry-Forster Gold Cup meeting last Friday.

Most of them viewed the nine race card from the landmark hill adjacent to the home straight. The elevated area affords racegoers a panoramic view of a racecourse which commenced operations only eleven years ago.

Tuncurry-Forster’s infield lake must be a source of envy to those race clubs whose tracks have been reduced to dust bowls by the crippling drought.

The spring fed reservoir enables the track manager to pump as much water onto the course proper and training grass as he deems necessary. Just minutes after the running of the last race on Friday, the elaborate sprinkler system put on a show of its own. 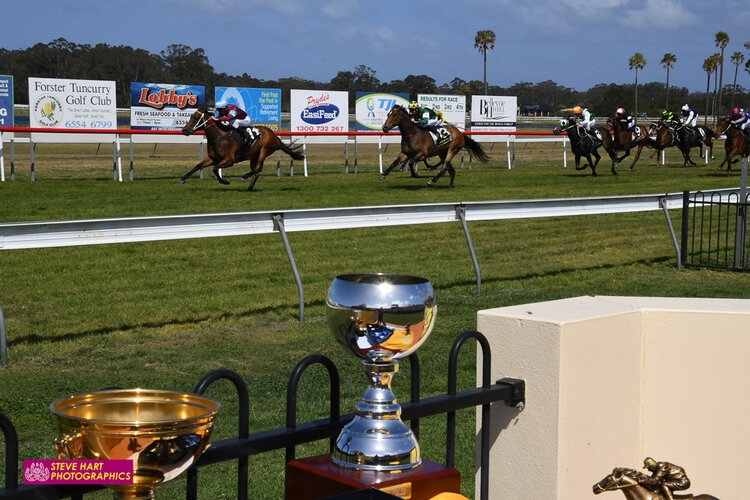 Image courtesy Steve Hart Photographics – Divisadero was the first leg of a double for Paul Perry and Jean Van Overmeire. Note the lush covering of turf.

If only Norm Roberts and Don Creighton were still around to see the result of the project they proposed almost forty years ago. In company with John Darcy they formed an interim committee in 1980 to investigate the possibility of developing a racecourse in the popular mid north coast region.